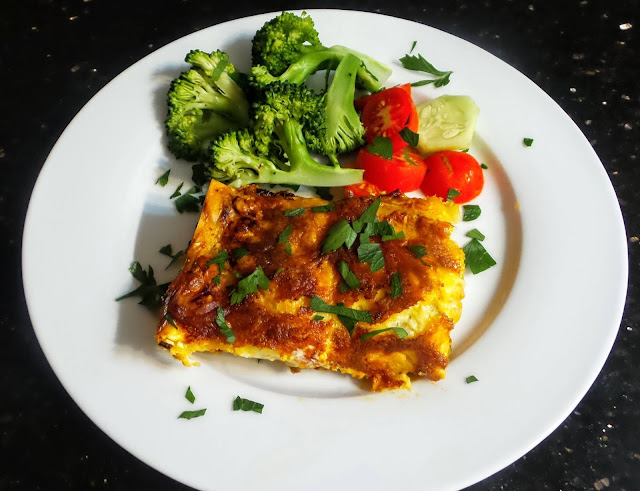 When I was given this recipe by my lovely friend Julia from Tropigal, I was really interested by it, as it is a fusion of Italian and Indian cooking and I was intrigued as to how the Butter chicken flavours would marry with the Lasagne, cheese and sour cream flavours. You are my valued cooking and reading friends and will know by now, that I generally don't cook with prepackaged sauces etc.,well not if I can help it.  I had told Julia during a recent conversation that sometimes when I am cooking for a large number of people it can be challenging, and not all recipes hold up well to cooking for over 12 people, which can also be quite expensive.

A member of Julia's family cooks this recipe regularly, and as she is a good judge of what works with food I cooked it. It is so tasty and easy, and basically infallible I think. Quantities could easily be doubled. I think that more economical Butter chicken sauces could be used, with the use of dried herbs, however when in a rush this is so easy to throw together. I think this was originally a Coles recipe but I haven't seen it published.

Another reason I resorted to this recipe last week is that at the moment we are in forecast heat wave conditions here in Mackay and right up the East coast apparently, with much higher that normal temperatures expected to last for the next few days. 38 degrees tomorrow which is unbelievable. It seems inevitable that the air conditioning will need to be turned on for the first time this year. So last week I did all of the Traditional Christmas cooking before the heat strikes this week, which meant looking for easy options for cooked meals. This was one of them.

So my essential Christmas cooking each year includes my Christmas Fruit Cake, the Plum Pudding, and yesterday Mr. HRK and I made a large batch of Mango Chutney from very green common local mangoes. It was so much faster with two people peeling and cutting up the green mangoes, and processing the dates, garlic, raisins and crystallised ginger. After yesterday, I think he could make a batch on his own. I wonder if that will happen one year. It turned out very well so there will be a few bottles for gifts and the rest for family to enjoy, even with this Curried Beef Lasagne, which I have a portion of in the freezer for later on (RON). The bottles just need to be labelled and they will be relegated to the pantry. 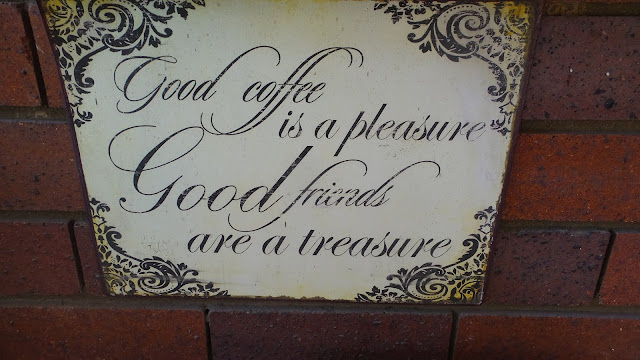 Heat oil in a large frying pan over high heat. Cook the mince, stirring, for 5 minutes or until mince changes colour and is cooked through.

Stir in the spices and sauce sachets from the butter chicken packets. If you don't like chillies or like it hot, take them out.

Add the stock, zucchini and peas. Bring the mince to a simmer, and then reduce to a low heat.

Simmer, stirring occasionally for 15 minutes or until the sauce thickens, vegetables are cooked and the mince is tender.

Stir in the spring onion.
Preheat the oven to 180 deg. C. 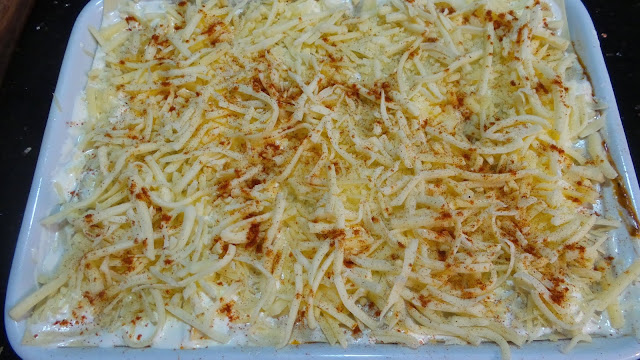 Combine the sour cream, cornflour and 1 tbs. water in a bowl.

Grease a 1.5 Litre or 6 cup rectangular baking dish. Layer the mince mixture in the dish with lasagne sheets, sour cream mixture and parmesan until the top is reached. Cut the lasagne sheets to fit the dish.

Bake for 30 minutes or until heated through and golden.

Sprinkle with parsley and serve with some salad. 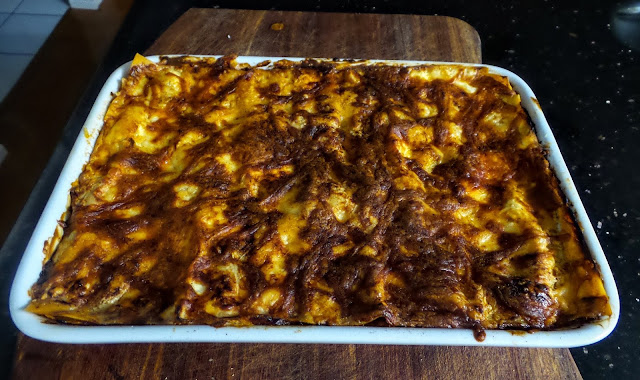 Please forgive any typos in this my friends.  This is a quick post to make this recipe accessible and the heat means I am transferring to a cooler part of the house.