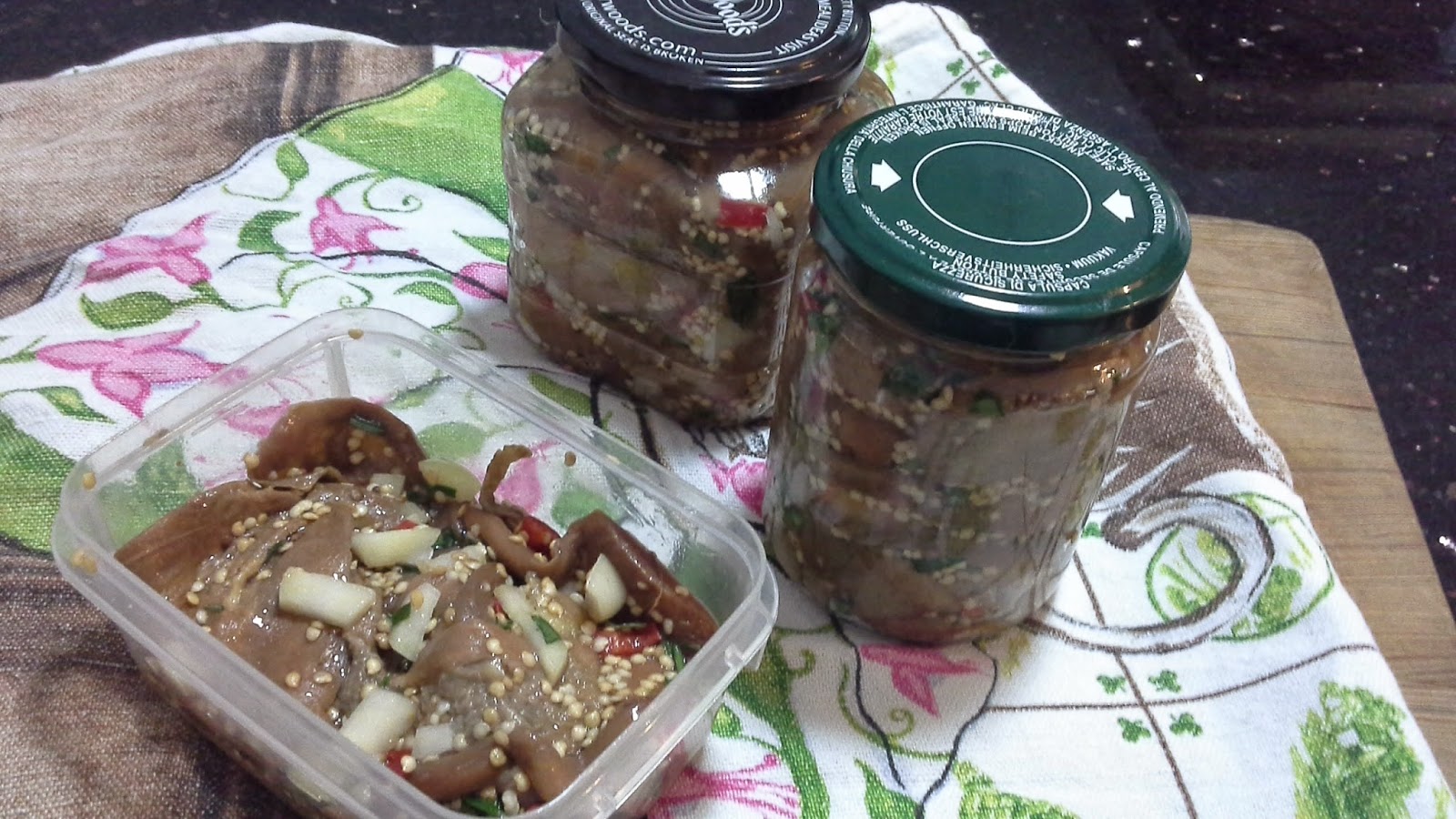 Pickling is a great way to use up my excess homegrown eggplant, as the quantity processes right down to comparatively small and manageable quantities. This pickle can to be eaten with roasted Mediterranean vegetables, with cheese, salads, and will be the star of any antipasta platter.

The recipe was given to me by Kara during a visit from Brisbane, and was handed  to her by her Sicilian neighbour. Rod and Kara have progressed from being fairly uninterested in eating eggplant to raving about  the variety of dishes that their neighbour can create with his homegrown eggplant, including this pickle. Sicilian pickled eggplant on toast for breakfast? I am not sure about that, but apparently Rod is hooked.

I like to use smaller eggplant if possible as they seem much crisper, less bitter, and easier to work with, but of course you will need more.  The size probably doesn't really matter though with this pickle given the processes involved.

Adjust the amount of garlic and herbs according to your tastes, but remember that they will be actively flavouring your pickle beautifully whilst marinating in the refrigerator. If you can acquire some fresh garlic from the markets, and it has recently been harvested all over the country, that will be a bonus.
.
Ingredients:

Preparing the eggplant for pickling:

Peel them, top and tail them,  and slice them lengthwise thinly. Salt the slices to remove the liquid and press over night. The ideal way to press them is to place the slices between boards covered with kitchen wrap and weigh them down with bricks. This time I layered them between cutting boards and weighed them down with heavy dishes and books in my kitchen, whatever you have to apply maximum weight. The eggplant needs to be very thin with all the brown juices removed. Some seeds might even pop out in the process.

Place 4 small pickling bottles in the oven at 120 deg. for 20 minutes to sterilise,  ready for bottling.
Remember to remove the lids and place bottles and lids in separately, not touching. 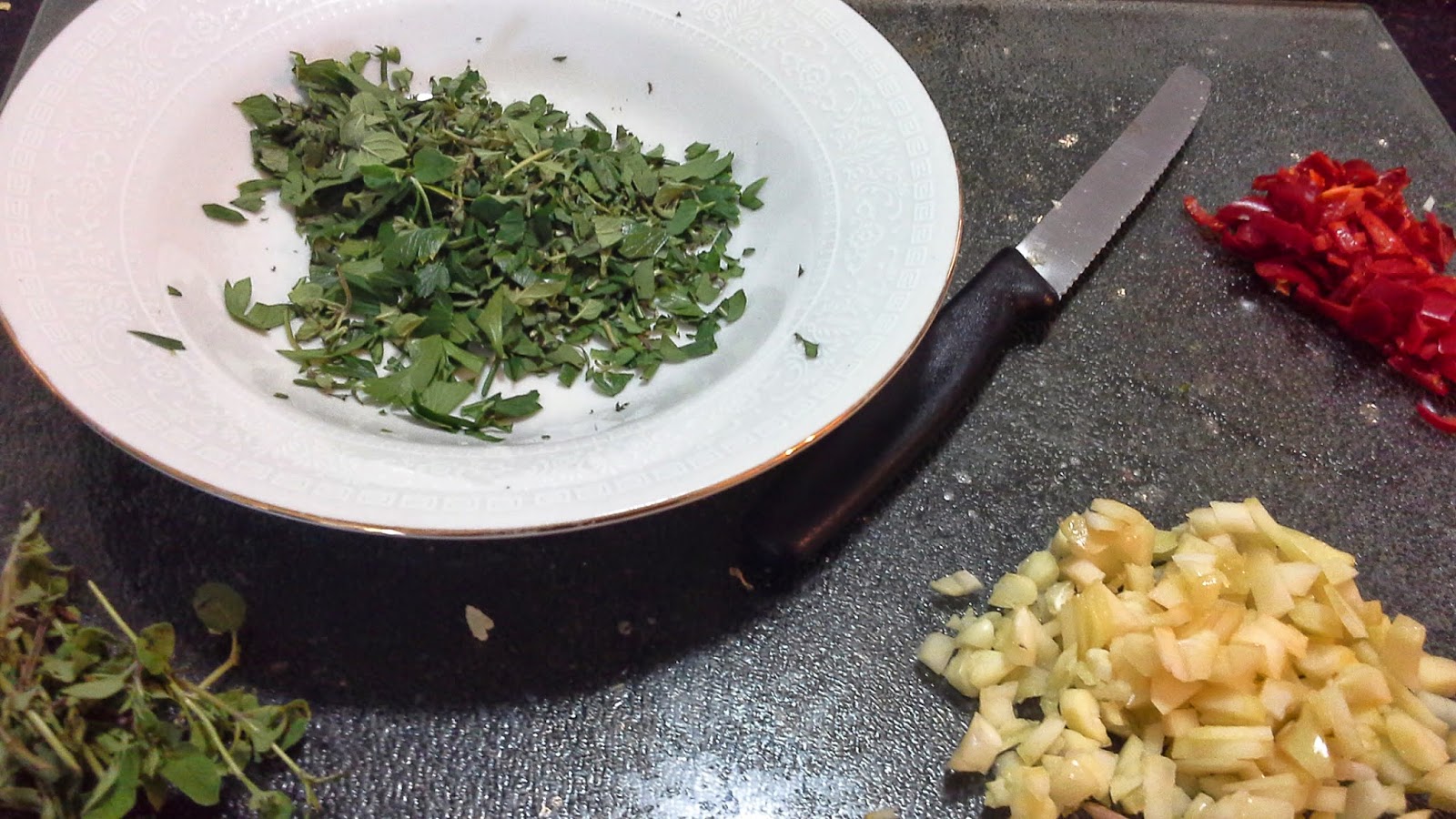 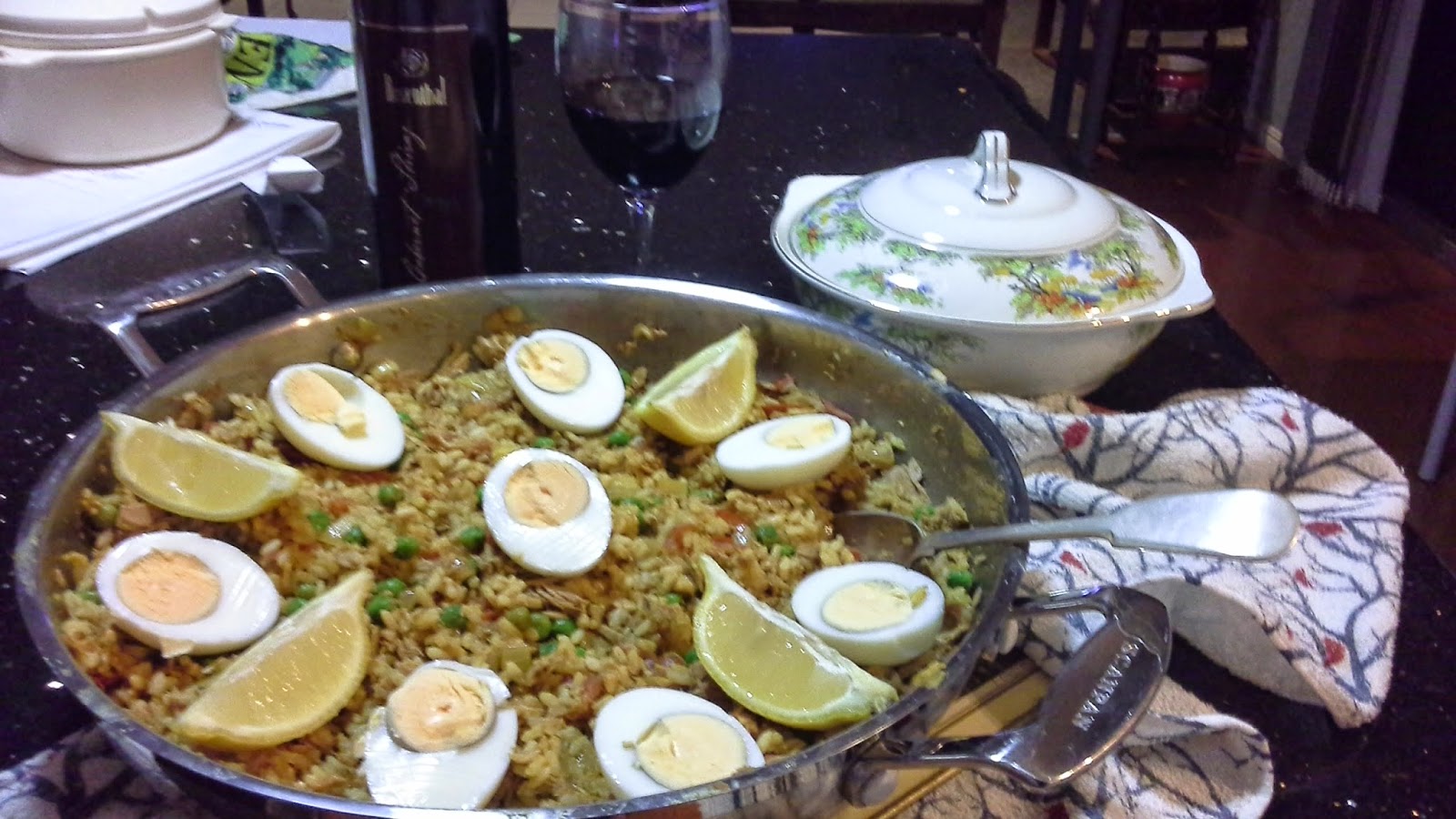 Friday Night Special is a McNee family recipe originally passed on by Neil's sister, Suzanne, many years ago. Whilst I still rely on memory, it was a good excuse to talk to Sue tonight to find out what the original recipe actually was. I had remembered  it fairly well, but have obviously gradually increased the quantity  of curry powder over the years. The original recipe was only two teaspoons.

I have changed it slightly to suit our tastes and I realise  now that it is loosely based on fish kedgeree, but it's not as involved. However, it can be easily adapted, with the use of different curry ingredients, homemade tomato sauce, the cooked fish of your choice, curry leaves etc. In my house if certain favourite dishes were cooked regularly when the children were at still home, I was given the message loud and clear, and still am,  not to mess with the original. If it works and tastes great, leave it alone. This is a classic example, where the recipe as given below is very popular in our family, however can be easily modified if you are feeling creative.

This dish works even better if the rice is cooked the day before and left to chill in the refrigerator,  the same principle as cooking fried rice. It is also a great way to use up leftover rice.

Most of the ingredients used are staple items in most pantries. The fish dish also heats up beautifully as leftovers,  tastes great cold, freezes well, and stretches the budget.

This is a very easy Friday night dish, and is great comfort food at the end of a long, hard week.


Serve with lemon wedges if desired.

Dear Reader, Do you have a favourite family recipe that you cook by relying on memory and that you never change because the family prefers it the way you have always cooked it? Or do you sometimes try to change it and wonder if anyone will notice? 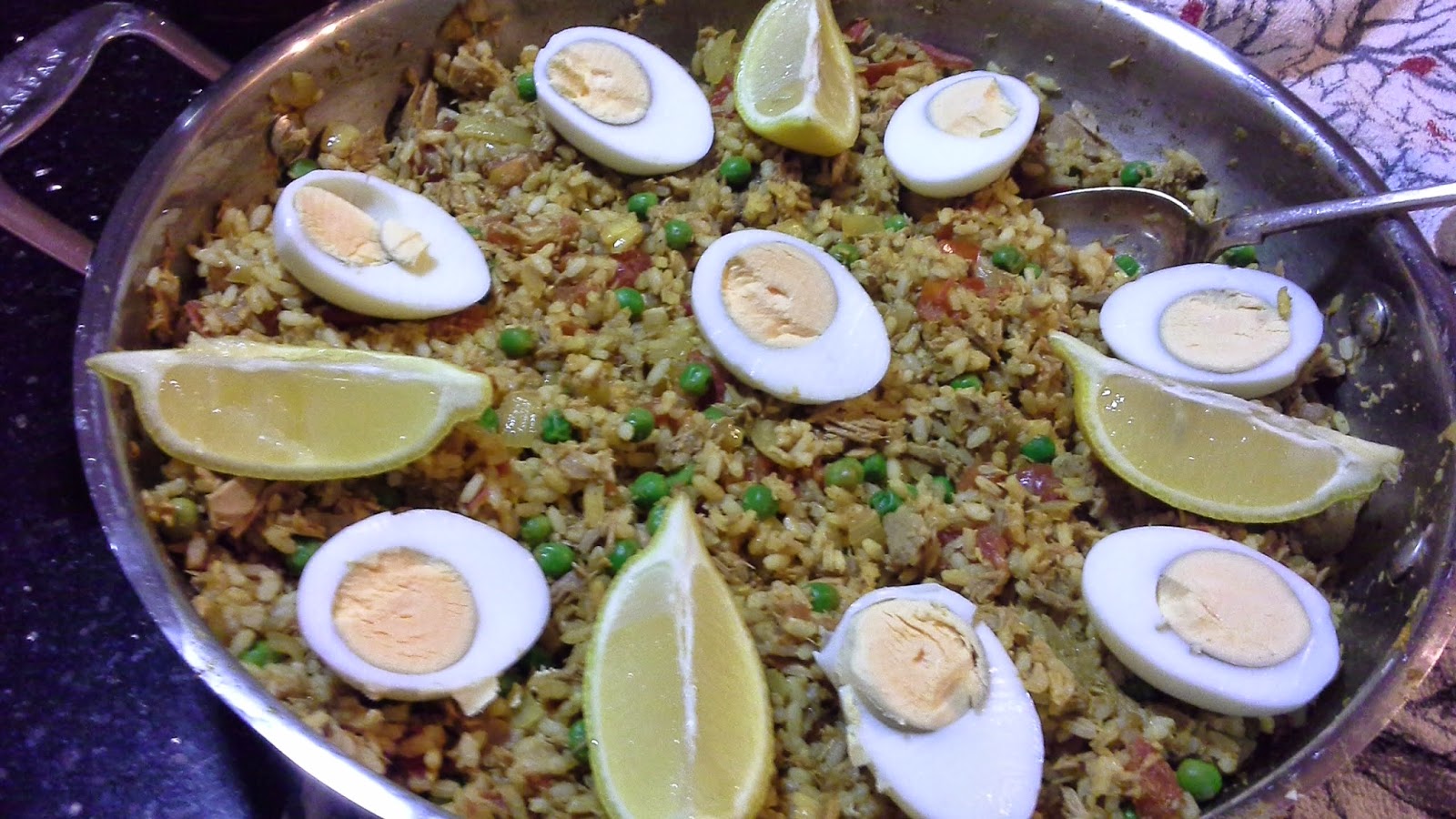 This an original recipe  by Pauline at Happy  Retirees  Kitchen.
Posted by HAPPY RETIREES KITCHEN at 03:47 1 comment: