Clean,  plastic free and rubbish free beaches and oceans like this one at Magnetic Island off the coast of  Townsville in North Queensland  are worth protecting. I have just watched the powerful and thought provoking second episode of the War on Waste series on the ABC and I am feeling quite disturbed by it.  I realise that I am also guilty of committing a few unintentional recycling sins this week, despite my best efforts at the supermarket and in my kitchen to follow the War on Waste rule book. There is a lot to think about, not made any easier by the confusion that still exists for the consumer with some areas of recycling.

When I started blogging, I never intended to use it as a social platform for environmental or political issues, but more  as a means of sharing my love and recipes for simple and healthy food with family and friends. During my daily activities I have been quietly working away in my kitchen and my home trying to reduce my use of plastic, and support the environment in lots of ways as many ordinary people have been. However this is a chance to add my humble voice to those of many who are trying to protect our beaches, waterways and marine life from the ravages of plastic and pollution.

I thought that buying The Odd Bunch of capsicums at Woolworths would be helping the farmers, and reducing food waste as we will use them all in various ways regardless of the size. However I have realised there is another layer to this. The packaging is outsourced by Woolworths to another company, the result being a plastic mesh bag so that the contents can be seen. Is this plastic bag destined for landfill or can it be recycled? There is nothing on it to indicate either way. The solution is probably to reuse it in my vegetable crisper to keep other loose vegetables together as much as that idea doesn't really appeal to me. A string or hemp bag sounds like a much better alternative. 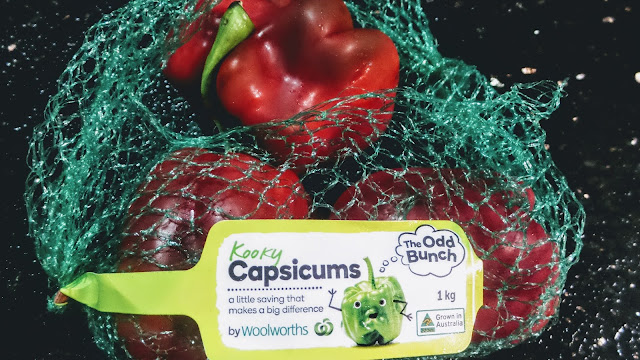 My second mistake was buying a bottle of Mineral water so that I could enjoy a fruit shrub at home as a mixed drink on ice. What was I thinking, of course it is in a plastic bottle? I guess it can be recycled although I can't see any logo indicating that, except that in SA and the NT there is a 10c refund at collection depots in the state it was purchased. Come on Queensland, come on board with this too. In addition, Craig Reucassel, the host of the War on Waste series did some scientific analysis with an expert on tap water against various brands of bottled water and concluded that our clean tap water has as many minerals as most types of bottled water, and that tap water should actually be marketed as mineral water. Okay Craig, no more Bottled mineral water will be coming into my home. However the label on the Sparkling Mineral water bottle says it is is refreshingly bubbly, and hydrates my senses, yeah sure Woolworths. So will tap water. 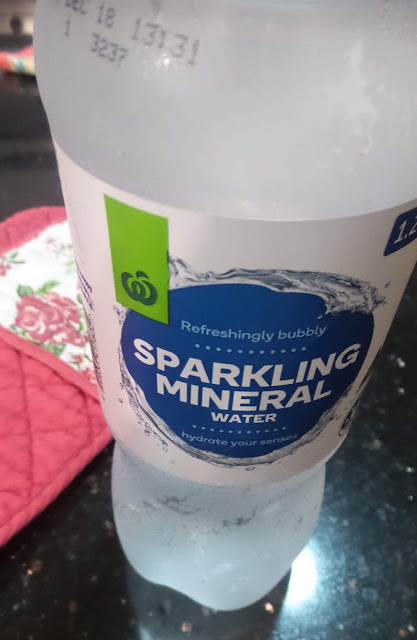 Meat packaged in plastic trays are a dilemma for recycling, with a lack of consistent labelling laws contusing even the experts at Planet Ark. However whilst Planet Ark has been instrumental in introducing the Australasian Recycling Label, it needs to be compulsory for all products to bear this symbol. Woolworths was the first major supermarket company to adopt this label for it's own brand products however there are still discrepancies.

The following are some of the Australasian Recycling Labels to be found on supermarket products.

The public including me is still confused at times. The  black plastic trays for some meat  products aren't recycled at the depots, as the recycling depots can't recognise them because they are black and confuse the recycling sorting equipment so they all end up in landfill. Some are labelled with very small labels which are difficult to read, confusing shoppers. These meat trays, often unwashed, were part of the Contaminated recycling issue which convinced China to stop taking our recycling. So now we need to step up. The War on Waste program quoted lots of impressive statistics which I won't try to repeat. However I was really impressed by the number of young people who are actively trying to protect our ocean life in various ways. Turtles, fish and various other sea creatures are suffering from their consumption of our plastic. 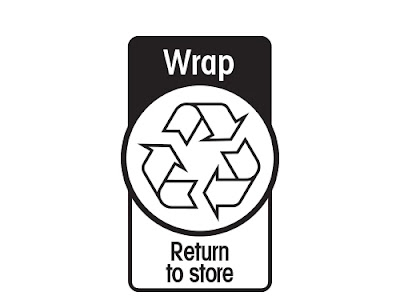 The Straw No More campaign is just the tip of the waste iceberg, but yielding results. The War on Waste program highlighted that Schools in Cairns in Far North Queensland are getting rid of straws and drawing attention to the problem. It is mostly straws from Macdonalds fast food chain that are being found in the waterways. It was heart rending to see footage of turtles with straws stuck in their nose, and plastic stuck under their shells which can't be removed as the turtle is encased by their shell. They will probably die from this. Young ambassadors in Cairns and elsewhere are trying to raise awareness of this problem, however the older generation also has the power to activate change.

I watched Q&A on Monday night on the ABC, and one of the points they  emphasised was the power we as the consumer has to force more change in supermarket practices. So I think the next stage for me is to find the Woolworths Facebook page and alert them at least to the meat packaging problem, and the packaging of the Odd Bunch in plastic bags.


I have written enough on this for now, and I am feeling quietly confident that change is on the way and that each individual by changing a few longstanding habits can bring about a reduction in the community's use of plastic. If you have read this but didn't see Tuesday night's program on the War on Waste I hope you do and find it as interesting as I did. 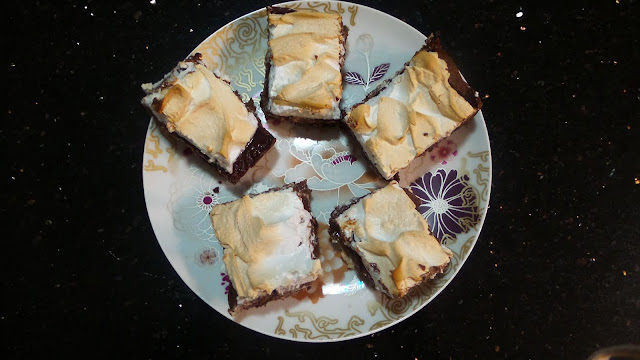 This slice might be gluten free but nothing is missing where flavour and deliciousness is concerned. A  chewy chocolate base is blanketed with a layer of Nutella chocolate hazelnut spread, and then with a layer of light and fluffy Meringue. It is a cinch to make even though there are three layers to this slice. Using Nutella is a shortcut that I might use more often.

We have just enjoyed a weekend with family visiting and all the food that I cooked for them needed to be gluten free. So with a little bit of research and imagination this slice surfaced from taste.com.au and it really did exceed my expectations. Everyone loved it which is always satisfying. I served this for afternoon tea however it would also be brilliant served warm as a dessert. Just cut it into larger slices though or offer seconds. I hope you can find time to make this slice as I promise you will enjoy it.

Preheat your oven to 180 deg. C./160 deg. fan-forced. Line the base of the slice tin with baking paper, allowing an extra 3cm at the sides.

Combine the first seven slice ingredients in a medium sized bowl (butter, sugar, egg, vanilla, flour, ground hazelnuts, and cocoa powder).  Pour into the lined slice tin and spread evenly over the base with the back of a spoon.

Bake for 25 minutes until the top is just firm to the touch. It may shrink away from the sides slightly. While still hot, spread with Nutella. Set aside to cool in the tin.

Increase the oven temperature to 220 deg.C or 200 deg. fan forced.
To make the meringue, beat the egg whites with an electric mixer until soft peaks form.
Gradually add the sugar, a tablespoon at a time, and keep beating until the sugar is dissolved.
Spoon the meringue onto the Nutella and spread over. Swirl the meringue mixture forming small peaks with a spatula.

Bake for 5 minutes or until firm and golden. 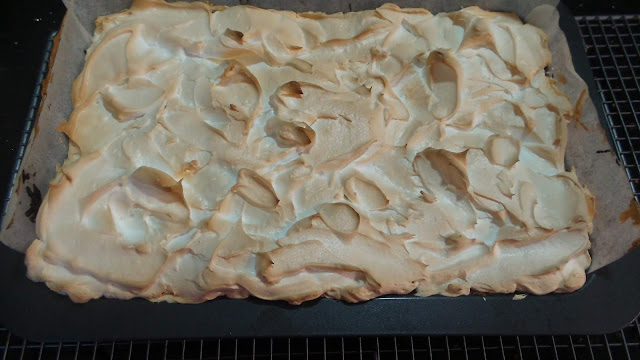 Cool in the tin and them cut into squares. 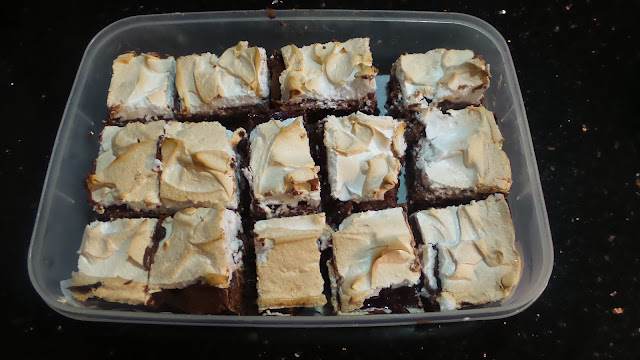 I stored mine in a container in the refrigerator as I was concerned the meringue might separate from the nutella layer during the day as the weather is warming up. The slice was perfect to serve after being refrigerated.

Life should start returning to normal now I hope. I had a wonderful two weeks in Perth with my son and little Grandson, but have been recovering from a head cold ever since. The Mediterranean Winters in Perth can be very cold and very wet, and then before they know it the hot summers have arrived. Needless to say I am enjoying the milder Winter of the Tropical North once again, and feeling much better.

I hope your week is going well.