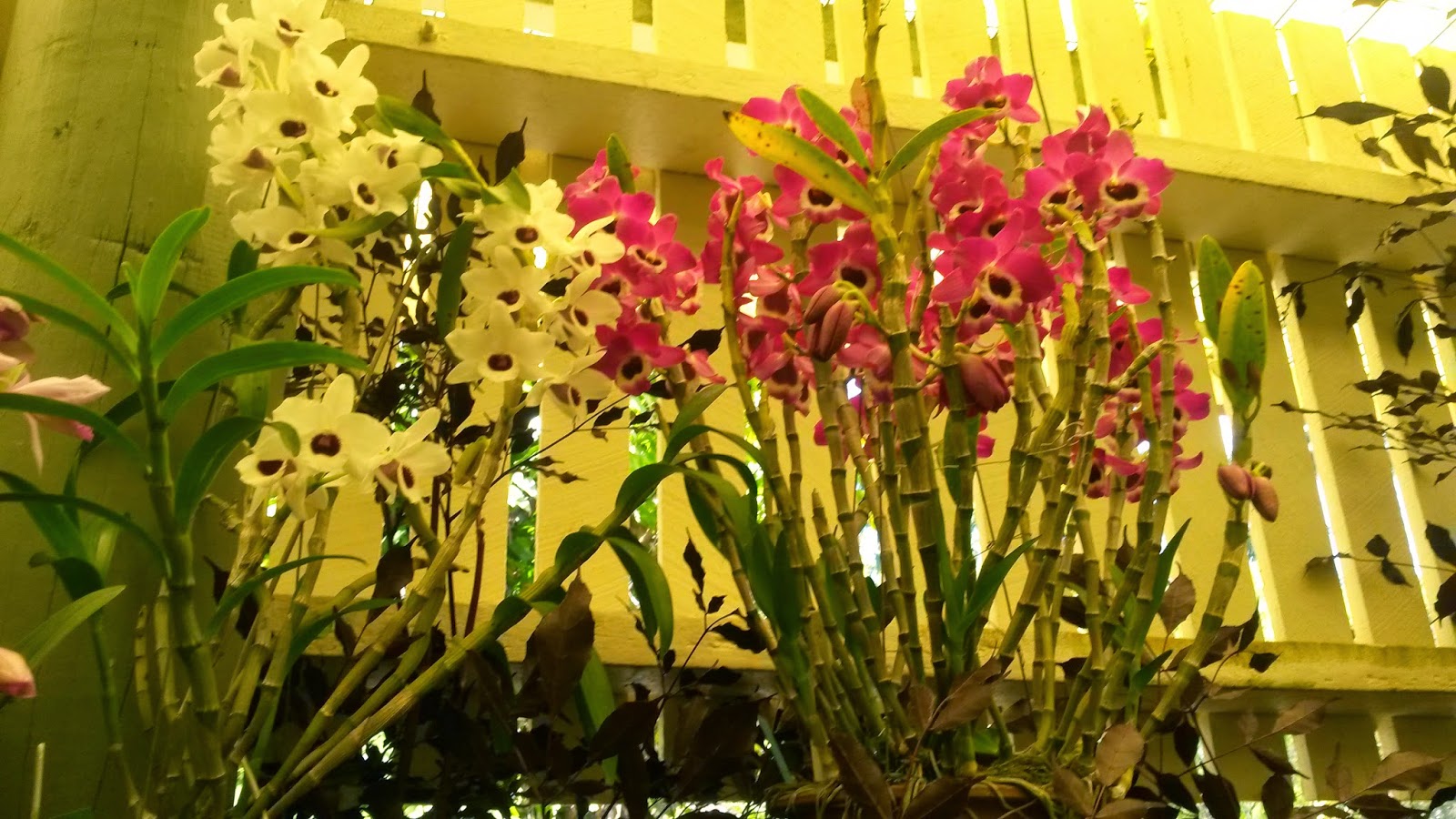 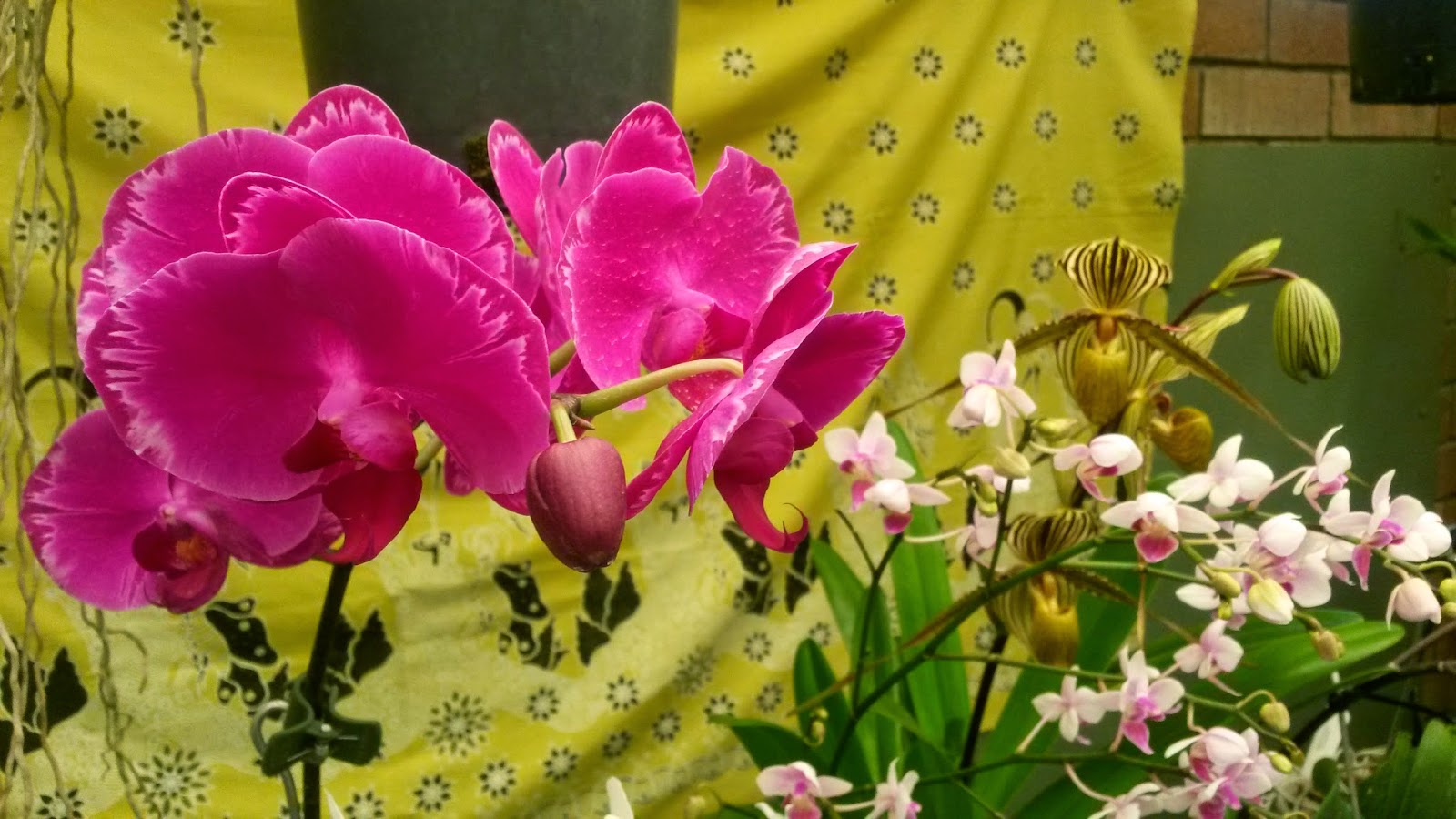 The highlight of the Orchid Extravaganza at Queen's Park in Mackay, Central Queensland, being held this weekend, would have to be the tropical Orchid House. A magnificent display of spring flowering orchid species blooms, bromeliads, and luscious ferns were captivating everyone when I was there this morning with Lou.  Even for those people who don't grow orchids or even confess to being gardeners, it is an inspiring morning out at an orchid extravaganza that is possibly unrivalled anywhere else in Australia. Perhaps the recent Garden Flower Festival in Singapore might be considered a rival, I say with tongue in cheek. However, Sue and her team of eager volunteers including Anne my neighbour, and our friend Tess,  should  be congratulated on the various decorative and professional effects they designed, created and donated to enhance the presentation of the plants in the Orchid House for the pleasure of Mackay residents and visitors.


It is no wonder that Mackay has been selected to host Orchids in Paradise in 2015, the 20th Australian Orchid Council Conference and Show, from Friday 18th-Wednesday 23rd September, 2015.
Click here for more information about the conference. It is already in my calendar of events not to be missed. 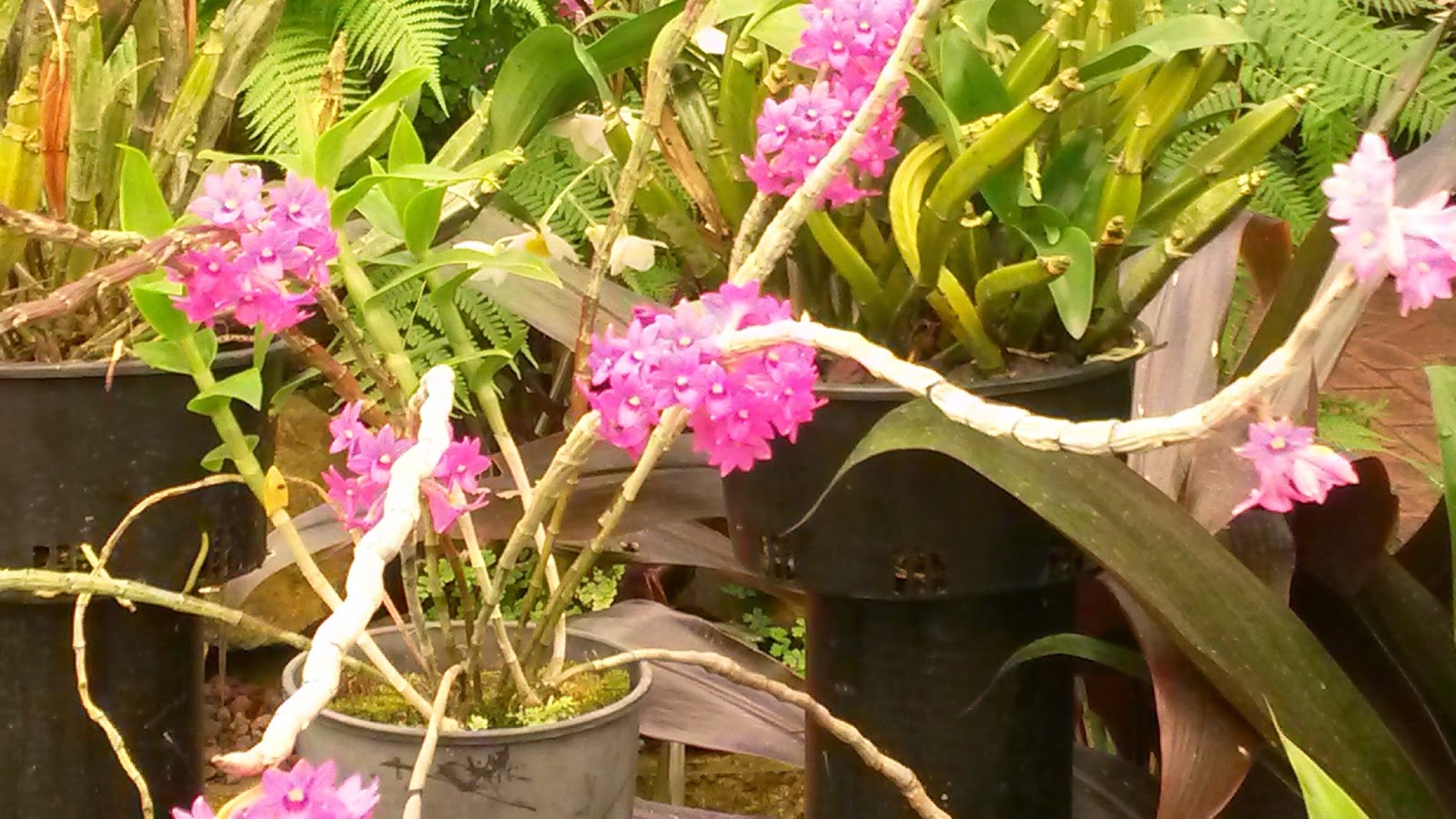 In the grounds outside the Orchid House, at Queen's Park, passionate orchid enthusiasts whilst selling hundreds of orchids, natives and other species, are also very generous in providing experienced information to existing and potential orchid enthusiasts, including me. 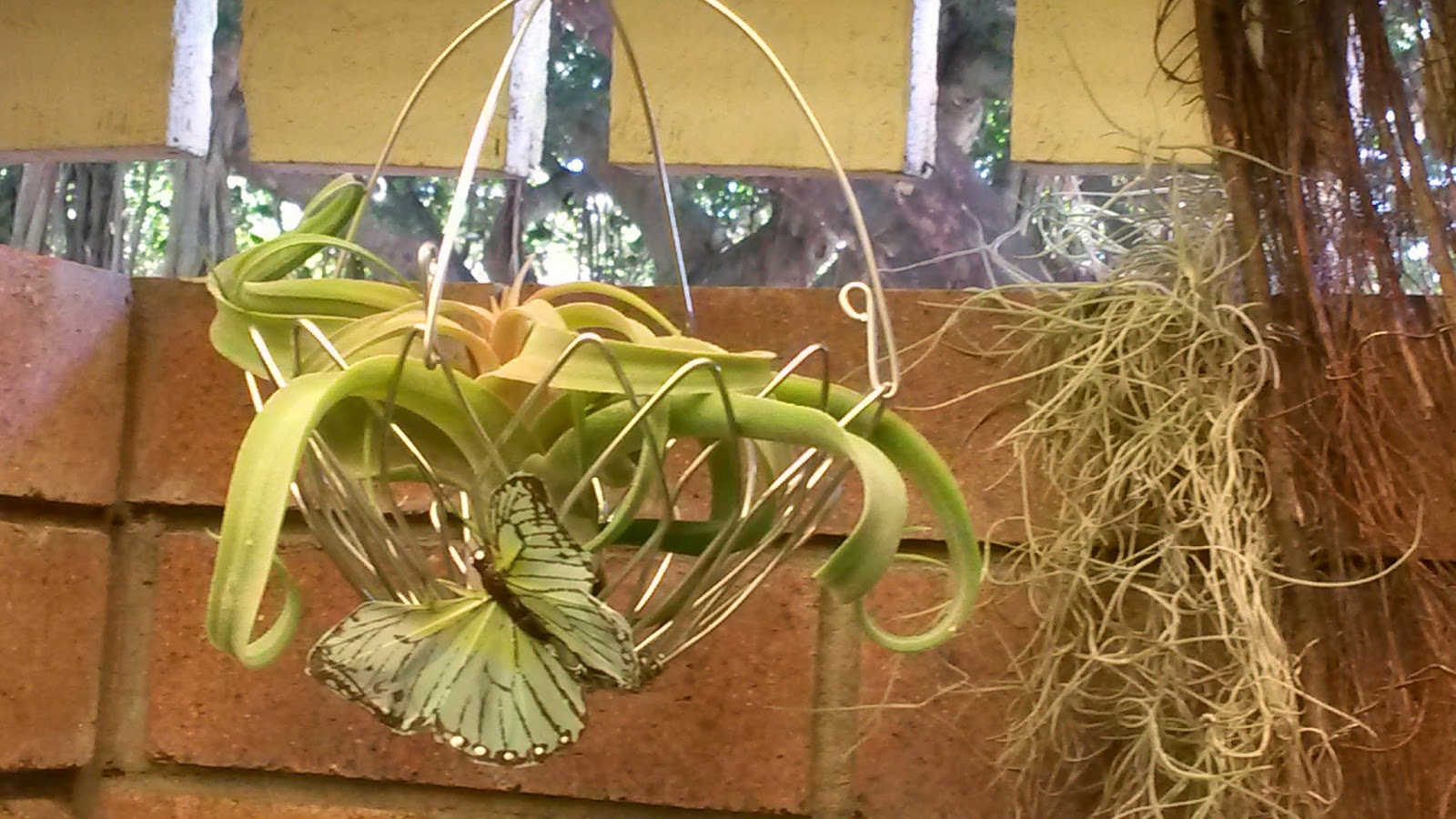 It was really nice to meet up again with friends including Anne Douglass, Judith Wake and Isobel Gillman, who were flying the flag in  support of growing Australian Native plants at  the The Society for Growing Australian Plants (SGAP) stand. 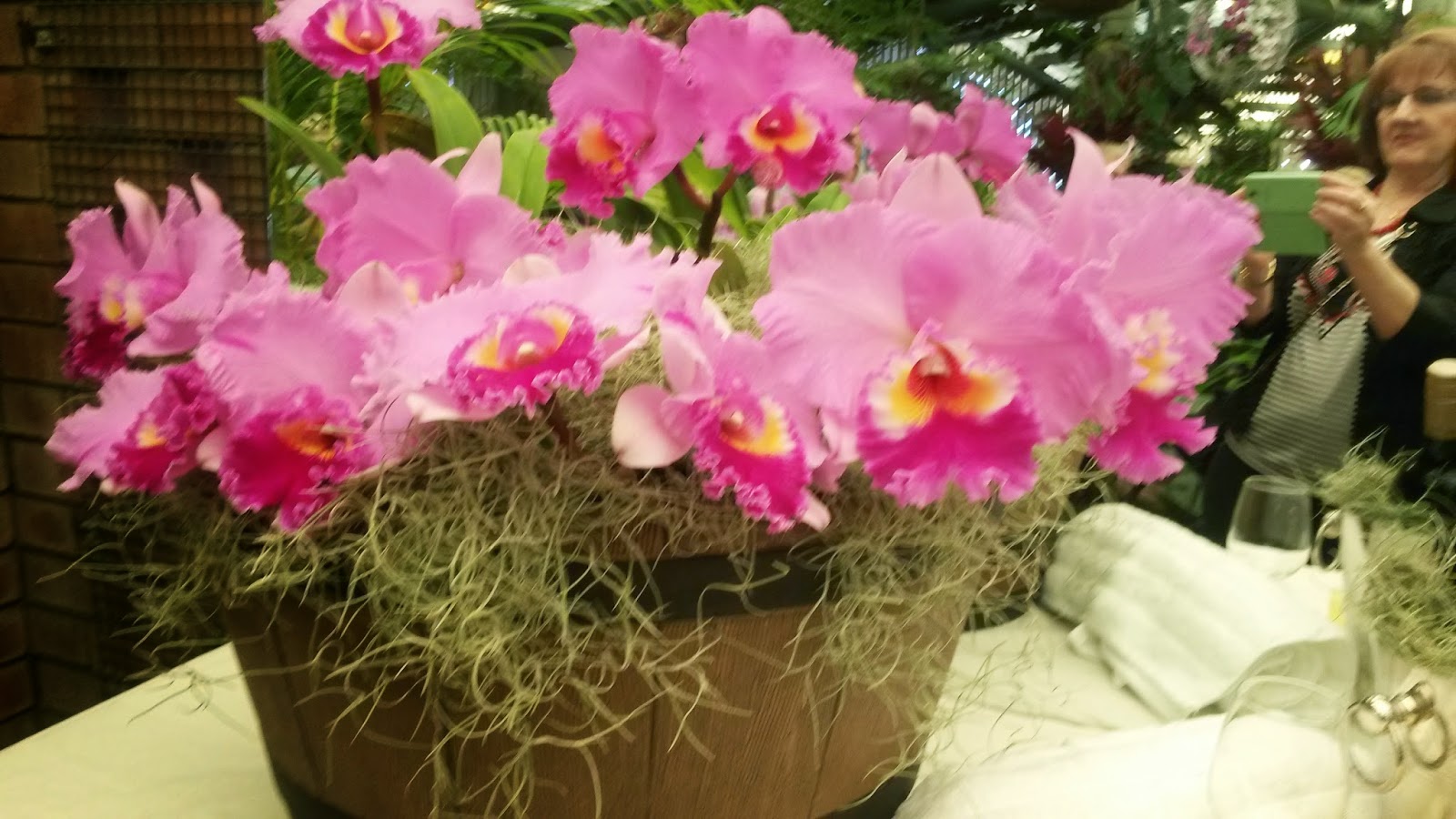 A wonderful event for Mackay residents and visitors with free entry except for the cost of a gold coin donation to enter the Orchid House. Beware though, take some extra cash with you as the exquisite and reasonably priced orchids and native plants on sale will try to entice you to take them home, like this one did to me. 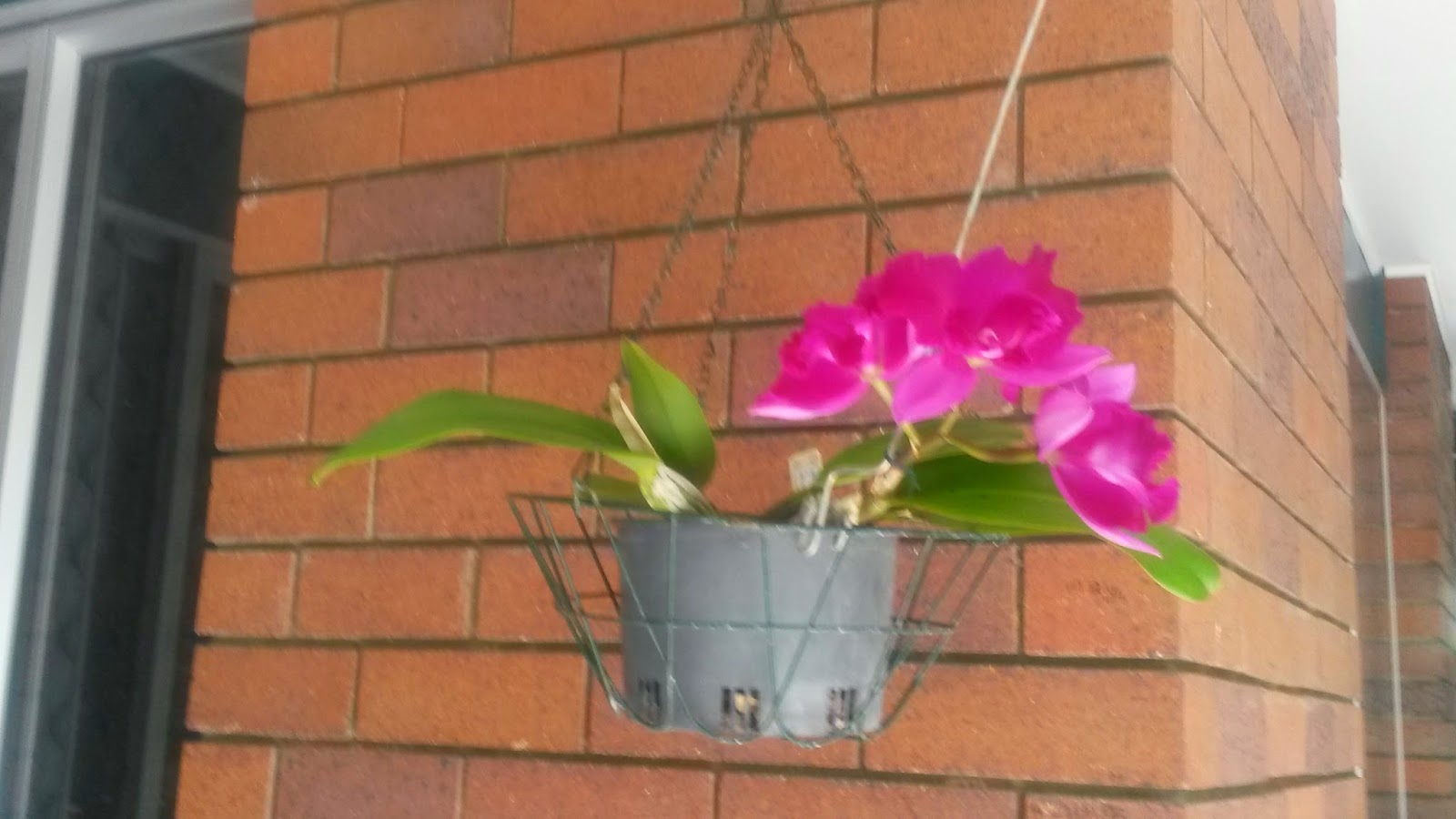 Posted by HAPPY RETIREES KITCHEN at 04:08

Email ThisBlogThis!Share to TwitterShare to FacebookShare to Pinterest
Labels: orchids